WiKLaTS is a complex project, that want to develop a complete environment to create
and manage languages pairs with a cooperative paradigm support in Apertium.

Some visionary objectives are: 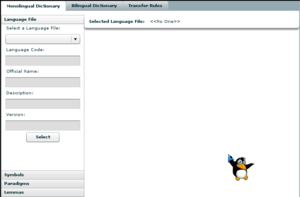 The idea is a tool to manager initially the apertium files with a better interface. In this first version the objective is:

A On-line non-functional Prototype of this GAP on

Charge, manipulate and save Monolingual Dictionary Files. Each interface have to cover many features it's possible 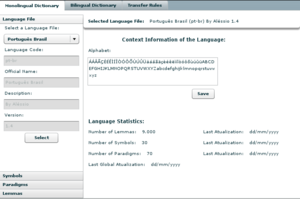 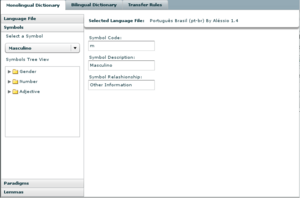 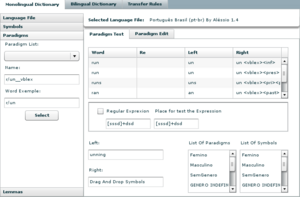 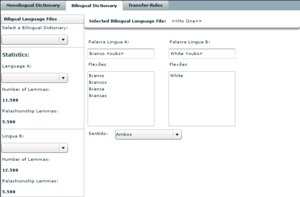 A interface to link words of 2 Monolingual Files.

Like (English and Portuguese): "Yes, I Do" and "Sim, Eu Posso" -> The user only drag the word Yes and Drop in the Word Sim. Repeat the process for each word and the software can pre-link this words.

A interface to link words of 2 Monolingual Files.