Difference between revisions of "User:Shubham1011/proposal"

I belong to a country where 720 dialects used by a population of 1.3 billion. Being from a nation with vast languages and as a student of Computer Science, I strive to solve the problems in language translation through my knowledge of programming and natural language processing. I like the concept of Apertium as an open source language translator as it solves the problem of language translation with ease. As I am a student of Computer Science, I have a keen interest in programming and development. I am proficient in web development and want to apply my knowledge of machine translation by contributing in Apertium. I have an urge to improve open source language translation with Apertium. One of the greatest features is the ease of adaption of a new language pair. In my opinion, it is an extremely important feature of this project and I also like the idea of general rules for closely related languages.

I have a proper knowledge and experience with development in Python, C , Html , Css and JavaScript. Moreover I would like to work projects including areas like web development, opencv, machine learning and natural language processing. The libraries of apertium are written in C++ which is low level language and i am planning to learn C++ as my next language proficiency . As people prefer high level languages like python, C++ packages need to be made available by writing APIs for python using SWIG. SWIG allows C++ libraries to be used flexibly with scripting languages such as python.

I am pursuing my degree of Bachelor of Technology in Computer Science Engineering at IMS Engineering College, India. I am a student of first year enrolled in a four year course of CSE.

I have been studying Computer Science for a year now, with gaining experience in programming languages such as C, Python, Javascript,html,css. I am trying to be proficient in competitive programming and algorithm development. I have been contributing to open source for quite a while now in Python and C. Here is my github timeline : 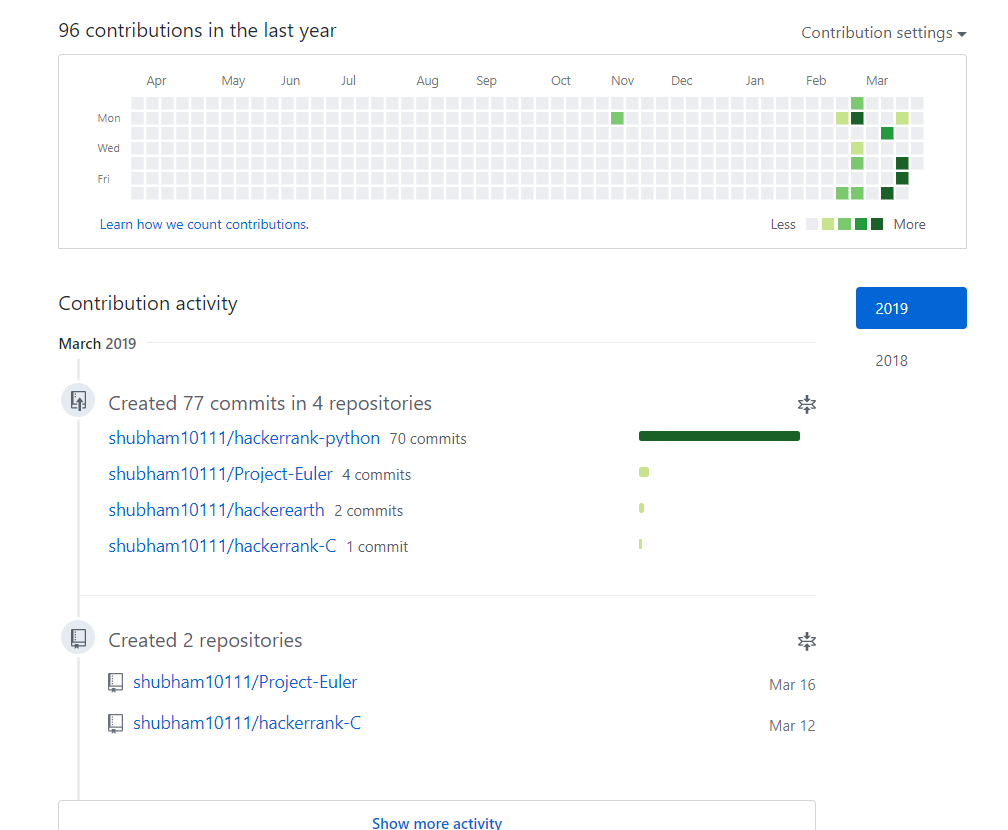 Google Summer of Code lies during the summer vacations of the college and I will be doing summer internship at IIIT Hyderabad on Natural Language and Processing . I will try to devote 40 hours per week and more if necessary to Apertium during summer of code and try to manage my work accordingly . I will try to handle both GSOC and my internship accordingly and will give priority to both.