This space will report developments in the project. It is also a space to post comments and suggestions.

I believe that all Apertium society will have direct or indirect beneﬁt. Directly, the developers of language-pairs will have their task facilitated. With a good tool to help with the work, to create or maintain a language will become easier, and probably it will take less time to get better results. Indirectly, the users will have benefits with this better and robust result.

What we're trying to build?[edit]

In short the idea is to build interfaces to facilitate manipulation of dictionaries Apertium. A parallel requirement is to build an extensible platform for other developers to build plugins and enhance the platform in the easy way and ordered.

is a software architecture, currently considered an architectural pattern used in software engineering. The pattern isolates "domain logic" (the application logic for the user) from input and presentation (GUI), permitting independent development, testing and maintenance of each.

The model layer is used to manage information and notify observers when that information changes. The model is the domain-specific representation of the data upon which the application operates. Domain logic adds meaning to raw data (for example, calculating whether today is the user's birthday, or the totals, taxes, and shipping charges for shopping cart items). When a model changes its state, it notifies its associated views so they can be refreshed. Many applications use a persistent storage mechanism such as a database to store data, a model which knows how to persist itself.

The view layer renders the model into a form suitable for interaction, typically a user interface element. Multiple views can exist for a single model for different purposes. A viewport typically has a one to one correspondence with a display surface and knows how to render to it.

The controller layer receives input and initiates a response by making calls on model objects. A controller accepts input from the user and instructs the model and viewport to perform actions based on that input.

An MVC application may be a collection of model/view/controller triplets, each responsible for a different UI element.

Is a package of java console tools to help in development of Apertium XML Files. 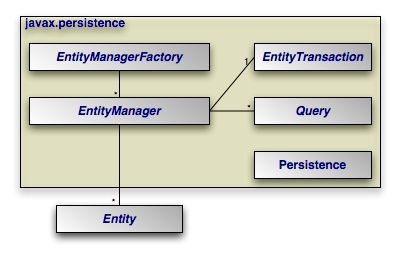 JPA simplifies the entity persistence model and adds new capabilities. Now developers can directly map the persistence object (POJO classes) with the relational database. The Java Persistence API has standardized the object-relational mapping technique. You can use JPA in your swing applications or web based applications.

The key benefit of the NetBeans Platform: 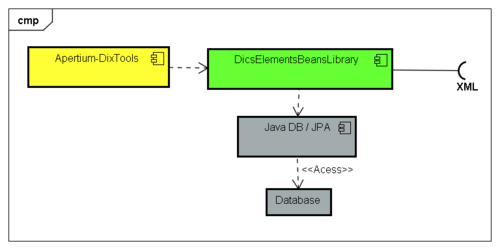 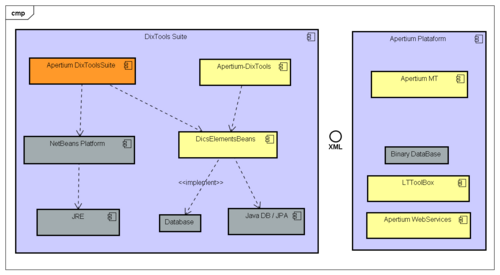 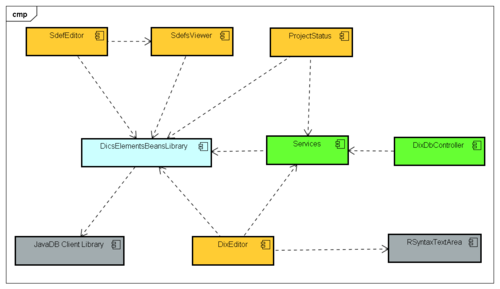 Its called DixToolsSuite and now is using an embedded version of a Java DataBase, no Database need to be installed. For now It may be slow to Import large dictionaries (I will fix Latter, It will be a better performace with real DataBase Systems, like Postgres). On my PC to import a dictionary of 2Mb it will take +- 3min.

Prototype is available in SVN. It is an installer with versions for Windows and Linux (V0.3). Also is available all the source project, developed with NetBeans 6.9. Prototype Link

About the refactoring of Dixtools[edit]

About the structure of the database[edit] 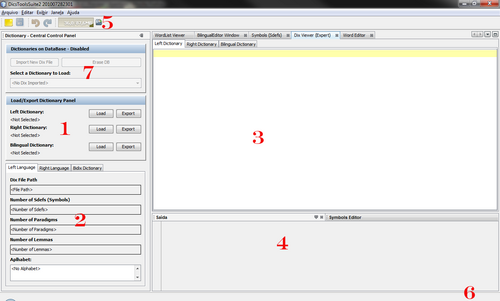 Skeleton interface and their areas

5 - Toolbar and MemoryStatus: Display the Memory Used by the application[edit]

6 - Status Bar: area that will be displayed processing messages[edit]

7 - Database Area: Disabled temporarily, all manipulation is occurring in memory.[edit] 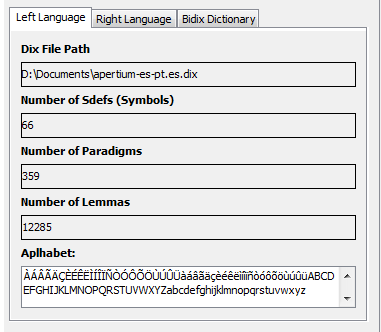 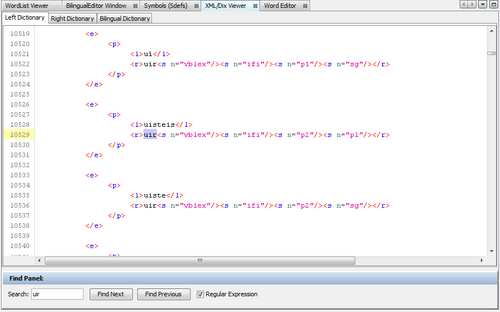 For this module were developed three types of visualization 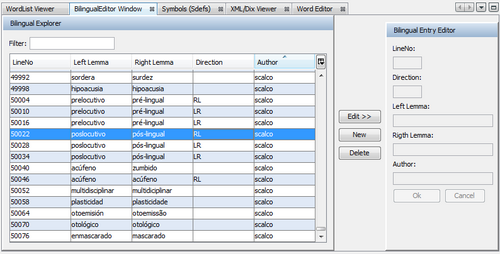 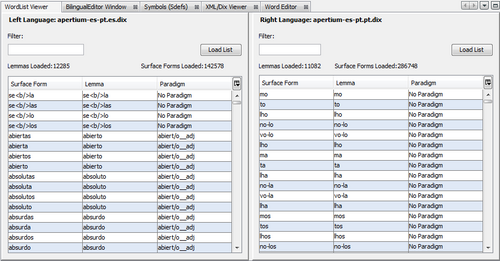 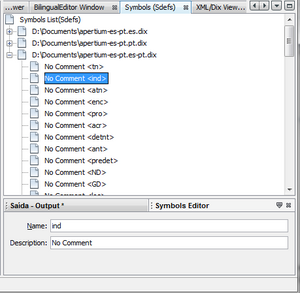 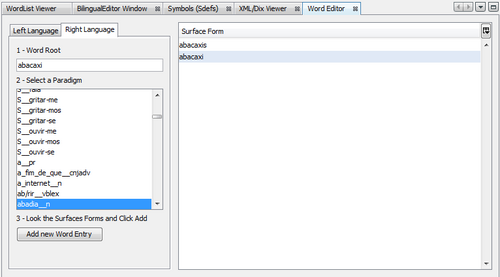 A Lot To Do[edit]

I will detail these scenarios later.

What's the GSOC for me[edit]

I agree that lacking performance, but I really struggled and wanted to have the best possible performance. I Really spent much time on the project, I had no vacation and I was always involved, studying, reading and understanding code APIs and techniques. Sometimes inspiration for developing and having good ideas is more important than anything. I think I was imperfect, often got stuck trying to resolve things I could not but did not share.
Despite the problems It was one of the most interesting experiences I Ever Had, Trying to study alone structures that did not know so well. It was the first experience in working directly Contributing to Developing free software and one of the greatest difficulties was to develop a software alone. I've always been accustomed to working in development teams, this meant that the work does not stop. Even in the academic research discutions always put me forward and do not reflect this in the project.
In the end, I have the awareness that I worked a lot, but it should have worked harder. The only flaw that I can share with the mentors was that:
I misunderstood the first conversations, I tried to mainly focus on conversations with Mikel, but it was hard to find it online and while it does not find him, I did not talk with others trying to solve everything himself. The problem was not Mikel, but I tried to solve by yourself. I only understand in the end, human things.