Link to SVG file for the current logo 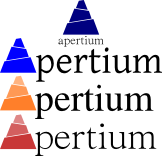